As the high street in the UK is struggling with the latest downshift and trouble surrounding the sector, it is good to hear that one of the longest established UK brands has produced one of its most profitable years. Clarks has challenged the trend on the high street with a big surge in annual profits and sales.

A lot of this growth in sales was down to their new design of Clarks Desert Boots which was targeted towards the more fashion conscious market rather than Clarks traditional market of school children and the over 60s. The demand for these Clarks Desert Boots has been a revelation for the brand and they are now regarded as one of the fashion essentials for the year, worn by celebrities and found in the designer shows.

These results have come at a time when the retail sector has taken a big hit with poor consumer confidence and the lack of household income. So these results are a shot in the arm for the UK retail sector. Some of this upsurge is due marketing and selling the Clarks Desert Shoes and Clarks Desert Boots in China and also expanding and opening stores in India, however the UK is still the brands biggest market. 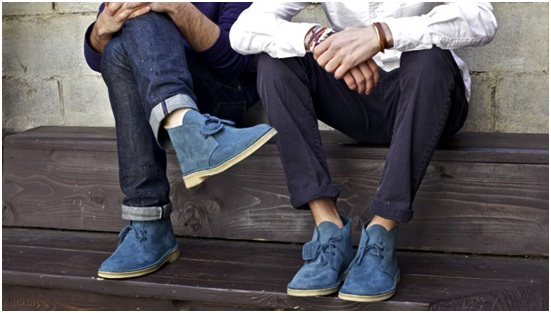 The style and design of the Clarks Deserts Boot has taken the fashion industry by storm this year and is set to continue over the autumn and winter months with sales continuing to grow on a global stage. The design for the boots was first conceived in the 1950s, but with the addition of modern materials and the use of recent styling, the boots have taken on another look and appeal to the fashion market. This market has had a big influence on the Clarks brand and now we are seeing more and more styles appearing on the high street to fill the obvious potential of this product. The desert boots are versatile and are available in many colours so that makes them even more appealing for the everyday male, as they go with chinos or jeans to create a great fashionable look. The Clarks Desert Boots looks like it is here to stay for a while as the designs keep being pushed for the new season.